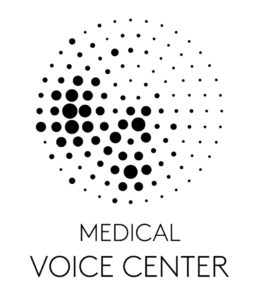 Here are some case studies on different topics

Anamnese
Ms. W., a 36-year-old elementary school teacher, a single parent, two children, 10 years in the school, suffers from colds with hoarseness, voice pressure and voice fatigue again and again. After a long day of class, she feels a burning sensation and a feeling of dryness in her throat and often has to clear her throat. Then she would not like to talk anymore. Often she whispers at home to spare her voice. On a busy day, her voice sometimes disappears completely. Meanwhile, she is afraid of permanent voice failure and disability.

Findings
The examination reveals a strained, low-resonance and pressed vocal sound and clear tension of the neck musculature as well as a small jaw opening width can be seen. Video laryngoscopy presents an inconspicuous larynx finding without any indication of organic change. When assessing the vocal fold vibrations with the stroboscopy, shortened amplitudes and marginal edge shifts are shown.

Recommendation and history
An intensive speech therapy is recommended. After only a few hours of therapy, symptoms improve. After a total of 20 hours of therapy, the vocal sound is resonant and supportive. It no longer comes to voice loss and Ms. W. can also endure a prolonged vocal load, without causing sore throat.

Explanation
In this case, uneconomical vocal technique has led to increased vocal effort with vocal failure. In vocal failure with non-response of the voice, the vocalization is intuitive with more pressure, which leads to increased vocal effort with greater tension of the muscles. This affects the vocal folds’ ability to vibrate and the jaw opening, which in turn reduces resonance – a vicious circle. With exercises to improve the resonance, to loosen up the muscles and to the economical breathing guidance the vocal efficiency can be improved.

Anamnese
After a thyroid operation 6 months ago due to a benign change in the thyroid gland, the voice of 48-year-old Mr. L. has changed a lot. He can only speak softly and even the coughing is without power. After the operation, Mr. L. had temporary drinking problems and choked frequently. The remaining problem is the voice disorder, which makes it almost impossible for him to practice his profession as a pastor. Neither the immediate postoperative logopaedic therapy, nor the electrostimulation therapy, nor the use of electronic amplification techniques led to a sufficient improvement in vocal performance.

Findings
The vocal sound is quiet and breathtaking. Videolaryngoscopy reveals a left vocal cord arrest. Stroboscopy also shows that the vocal folds do not completely come together when vocalized, leaving a gap between the vocal folds.

Recommendation and history
An operation to improve voice is recommended: In outpatient anesthesia, a substance is injected into the paralyzed vocal cord (vocal fold relining, augmentation). As a result, the paralyzed vocal cord is displaced to the middle and improves the contact of the vocal cords with vocalization. Then a loud, powerful voice is possible and Mr. L. can pursue his profession with his “old” voice again without significant restrictions.

Explanation
In the case of vocal cord paralysis due to damage to the recurrent recurrent nerve (“recurrent paralysis”), there is first the hope that the nerve will recover and the vocal folds will be able to move normally again. After 6-12 months, the prospects for a spontaneous improvement are very low. If logopedic therapy and electrostimulation therapy do not provide adequate voice enhancement, surgical treatment may be recommended. Here, various surgical techniques in local anesthesia or general anesthetic in question with a temporary or a permanent shift of the paralyzed vocal cord to the center in question.

Anamnese
Ms B., a 49-year-old self-employed business consultant, has always had a deep voice. For some years this has intensified and she is often mistaken on the phone for a man. Meanwhile, she also suffers from voice fatigue and frequent non-response of the voice. At times, she feels a restriction of breathing and a tightness with a breathing sound especially when inhaling. She smokes since the age of 16, currently about 20 cigarettes a day.

Findings
The examination reveals a very deep and rough vocal sound. With videolaryngoscopy, marked pure edema is present on both vocal folds, which come to the center when inhaled, thereby narrowing the airway. The vibrational course of the vocal folds during stroboscopy is irregular.

Recommendation and history
An operation to eradicate edema under general anesthesia is recommended. Due to the size of the edema, only part of the edema can be removed during the first operation. Histological examination shows no evidence of changes suggesting laryngeal cancer precursors. Breathing is now free and vocalization much easier. Nevertheless, the patient chooses the recommended second surgery. After this procedure, which was performed 3 months later, the vocal sound is clearer and a little brighter, and Mrs. B. no longer has any voice complaints.

Explanation
Reinkeödeme are thickening of the vocal folds with an inclusion of a gelatinous or liquid substance, usually on both vocal folds. Women who are over 30 years old and smoke are especially likely to be affected. As a rule, pure edema is not malignant and it is not a precursor to a malignant change. The thickening of the vocal folds makes them vibrate more slowly and more irregularly, which explains the deep and rough voice. If the edema is very large, it can also narrow the larynx entrance and cause breathing difficulties. After proper removal of the edema, breathing and vocalization improve. The voice does not sound so rough and strained anymore, it usually gets a little brighter, but the individual voice sound does not change much. Sometimes 2 or more surgeries are required.

Anamnese
Mr. H., a 39-year-old employee in a wholesaler of voice calls and conversations, has been seeing a gradual increase in vocalization with mild hoarseness and voice fatigue after a long conversation for 1-2 years. Since he smokes 20-40 cigarettes a day for 20 years, he is worried that there may be a malignant change in the larynx. At the first examination 1 year ago at the treating ENT doctor no abnormalities had been seen.

Findings
In the investigation, the voice sounds only slightly hoarse. With video laryngoscopy with high magnification, superficial mucosal changes can be seen on both vocal folds. The appearance typical of papillomas is particularly good in close-up with NBI technology.

Recommendation and history
An operation with removal of papillomas under general anesthesia is recommended. Histologic examination of the harvested tissue reveals HPV type 6 papillomas with no evidence of malignancy. After the operation, Mr. H. no longer has voice complaints. He is, however, informed that a recurrence of the papillomas must be expected and in this case further operations would be necessary. As an alternative to the operation under general anesthesia, an ambulatory operation in spray anesthesia in the ambulance could then be carried out with the new KTP laser.

Explanation
Papillomas on the larynx are found especially on the vocal folds and then lead to hoarseness. They arise in connection with an infection with HPV (Human Papilloma Virus). The majority of the population is infected, but only a few get sick (3 out of 100,000 in Germany). The cause is not yet clear. Malignant degeneration is very rare among the most common types of viruses (HPV types 6 and 11). With certain types (high-risk types) it can rather come to the degeneracy. Papillomatosis of the vocal folds is a change in the superficial mucosa. Therefore, surgery should only remove this superficial change to avoid permanent damage from scarring. In many cases recurrent recurrence of the vocal cord papillomas (recurrent laryngeal papillomatosis) occurs over years and further surgery is required. Some patients have to undergo surgery several times a year.

Anamnese
25-year-old Ms. K. has been working as a kindergarten teacher for 4 years. She loves her job, which suits her temperament well, because she likes to talk and to talk and to deal very well with small children. Her voice was a bit rough as a child, but that had not bothered her yet. For some time, however, she has felt an increased vocal effort and voice fatigue. Singing is very hard on her and the singing of high notes is hardly possible anymore.

Findings
The examination shows a slightly hoarse and breathy vocal sound, the speaking voice is relatively loud. With video laryngoscopy, pronounced epithelial thickening (so-called nodules) can be recognized in the middle region on both vocal folds. The vocal cords can not completely lie against each other when they speak. Stroboscopy reveals a persistent glottic cleft, here in the form of a so-called hourglass glottis.

Explanation
The vocal cord nodules are epithelial thickenings on the vocal folds, comparable to calluses on the hand, for example after gardening. They arise in an overload of the vocal folds with unfavorable vocal technique in the middle region of the vocal folds, mostly bilateral and approximately symmetrical. Most often, vocal fold nodules occur in children (so-called “crying”) and often develop spontaneously after puberty. Also in young women with increased vocal load vocal cord nodules are often found. As a treatment a voice therapy to improve the vocal technique is recommended. In some cases, however, this is not sufficient and the epithelial thickening must be removed if a clear and resilient voice is desired.

Anamnese
Ms. P., a 33-year-old sales assistant in a drugstore, suffers from acute sore throats while resting, swallowing and talking. The voice is deeper than usual and rough. Sometimes there is no sound when you speak. Since her father has throat cancer, she is very worried about hoarseness. When the symptoms have not improved after 10 days, she goes to a Phoniater.

Findings
The examination reveals a very hoarse vocal sound. The Videolaryngoskopie shows reddened mucous membranes, both vocal folds are thickened and reddened. The vibratory capacity of the vocal folds is severely limited.

Recommendation and history
Silence is recommended with adequate hydration. Due to the pronounced signs of inflammation antibiotics are prescribed and painkillers in case of severe pain. In order for Ms. P. to be able to keep her voice quiet, a sick leave takes place. After a week, the complaints are declining, the voice is only slightly hoarse and Mrs. P. can resume her work. After another 2 weeks there are no more complaints and the voice has completely normalized.

Explanation
Acute laryngitis (acute laryngitis) usually begins as viral inflammation, but bacterial superinfections are possible. In unfavorable cases too strong a vocal load in the acute phase of the inflammation can lead to lasting damage. Therefore, voicing or silence is recommended. It can take several weeks to fully recover the voice. Normally, complete healing occurs without permanent changes.